One of the first stages of gutting a race car is to check your starting weights. We loaded it with a full tank of gas to see how much the car weighed, and well, as expected the R35 GT-R is no Georges St. Pierre. Godzilla is a very fitting name for this car as it weighed in at a whopping 3,900 pounds full of fuel. 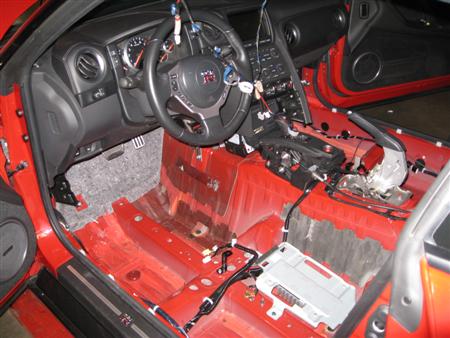 Gutting the Nissan R35 GT-R for the Targa Rally

When building a race car the ultimate goal is to achieve the best power to weight ratio possible. Over the next few days we will be stripping our R35 GT-R down and weighing all of the components that come out of it. We will be weighing the doors, fenders, hood, trunk and everything else to see what we can do to lighten up those parts of the car as well.

Here are some early pictures of the tear-down. We have completely stripped the inside of the car now except the dashboard and doors. All of the panels are out and there are more plans of further parts removal coming. 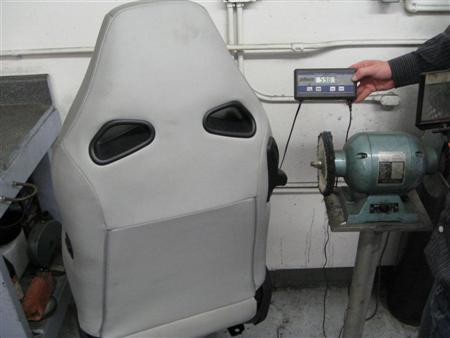 You would not believe the how heavy some of these parts are. It is incredible! The passenger seat weighs 60 POUNDS!!!! It’s not too surprising considering how many motors and air bags are inside them. We’re going to be replacing that with a light weight, carbon fiber seat that only weighs 15 pounds…Nearly a 100 pound weight savings just by changing seats.

Here’s some photos of the current state of the R35 GT-R:

We’ll continue to prepare the R35 GT-R for the Targa Newfoundland tarmac rally, and invite you to follow along.