We recently met up with the guys at DSPORT Magazine at a local studio to shoot the STILLEN R35 GT-R for the cover and feature of their July 2010 issue.  We’re happy to announce that this issue is currently on the newsstands, and has been delivered to subscribers! 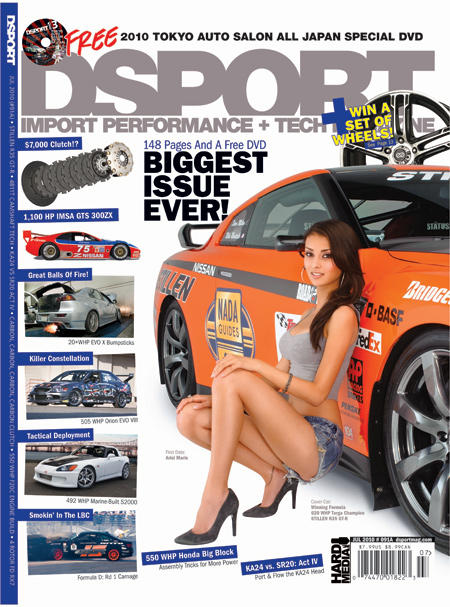 In addition to getting some fanastic studio shots of the GT-R with the beautiful Ariel Marie, DSPORT also shot Steve Millen’s Championship IMSA 300ZX Twin Turbo inside this issue.  Richard Fong also spent some good time with Steve Millen discussing both the exploits of the R35 GT-R as it tackled Targa Newfoundland, it’s plans for the rest of 2010, and some history of the IMSA 300ZX and racing stories of Steve.

This is the largest issue yet of DSPORT, their 91st in fact, with everything from event coverage, some very cool vehicle features, product tech and testing, model photos and interviews, and industry news. 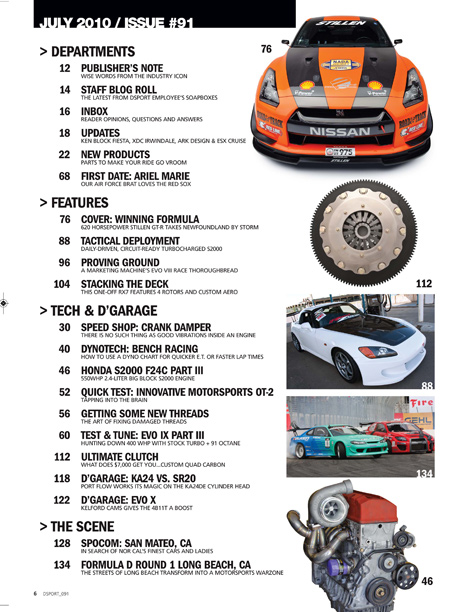 Be sure to hit the newsstand and check this issue out before June 30th!