We decided to start your week off with a snapshot of Steve piloting the STILLEN Ford GT into some serious airtime, during the 2012 Targa Bambina in New Zealand. 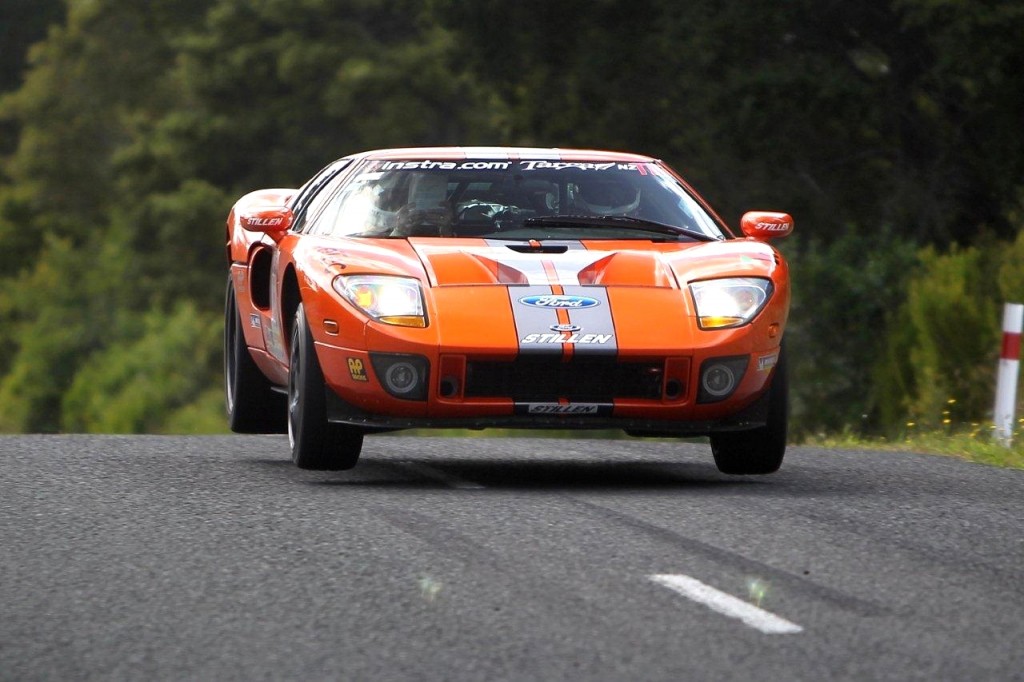 Before this picture was taken, Steve had said that he was planning on taking it easy during the Rally and just enjoying the drive. Looks like “easy” includes strapping a set of wings on a GT40 and letting it fly.
Steve and Jodi, did a fantastic job during the Rally and the husband and wife team put the STILLEN FORD GT into second in class, third in two wheel drive modern, and sixth place overall. They also won the award for highest placed husband and wife team.