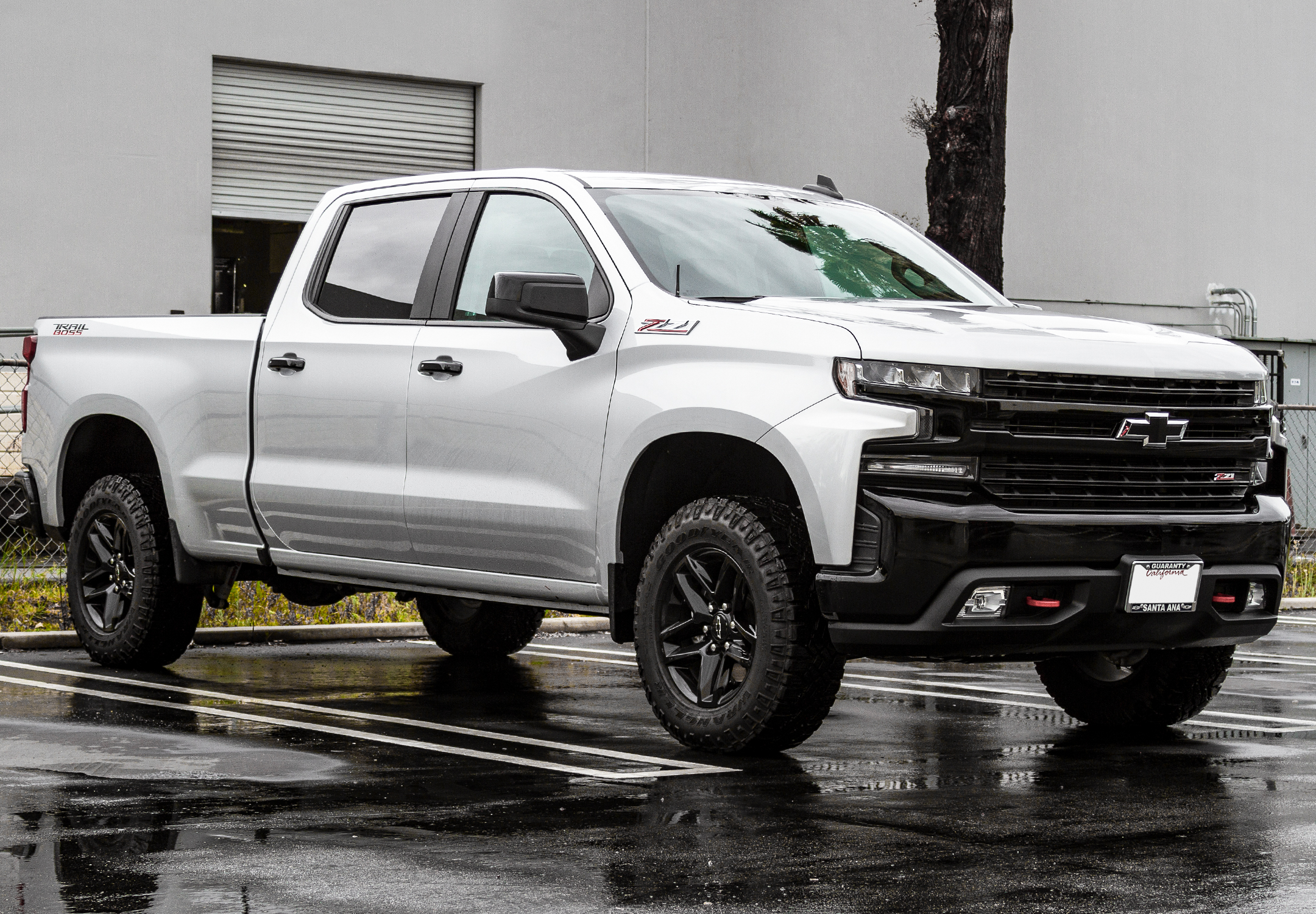 STILLEN is excited to announce the much anticipated launch of the 2019 and up Chevy Silverado Cold Air Intake Scoop.  The team at STILLEN have created several videos showcasing the features and benefits of this true cold air intake scoop. 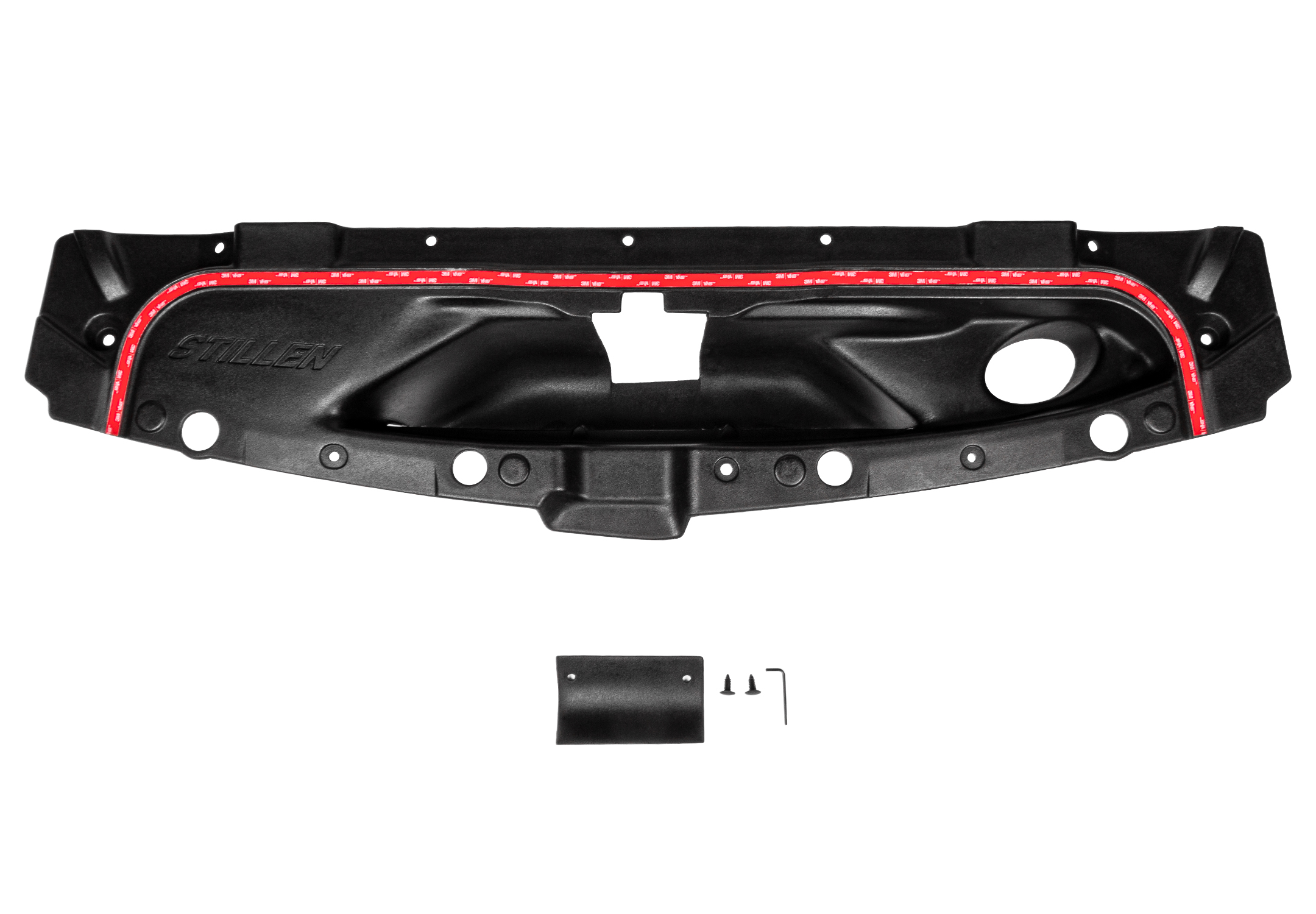 The factory Air intake system on the Chevrolet Silverado 1500 is a very unique and creative design.  During testing our engineers placed multiple temperature probes throughout the engine bay and access panels of the Silverado engine bay in order to find the coldest possible air source. 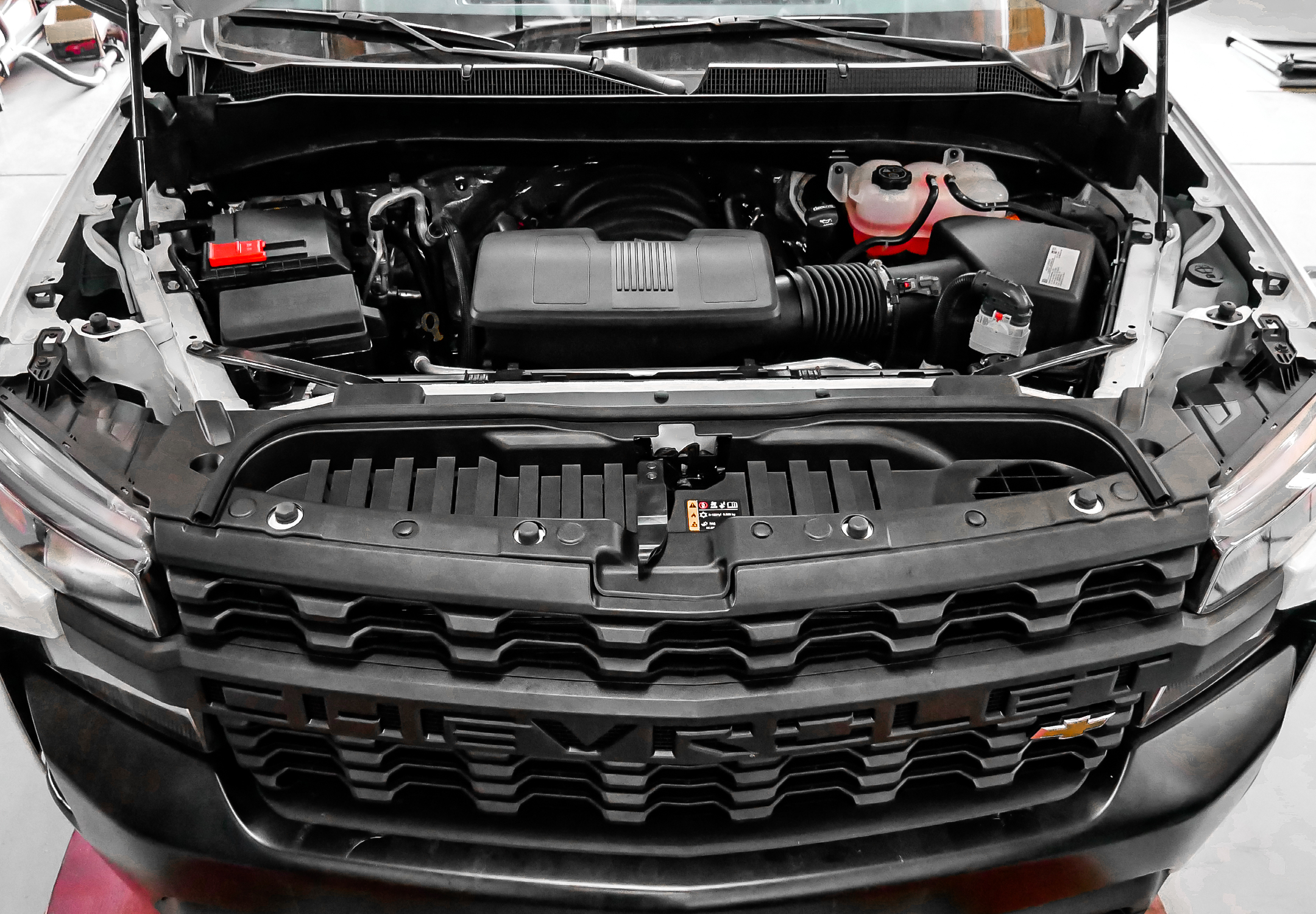 Turns out, Chevrolet engineers did a pretty good job of finding a great source of fresh air. Knowing that repositioning the air intake would not be beneficial our team of designers began looking at ways to improve the airflow and find additional benefits. 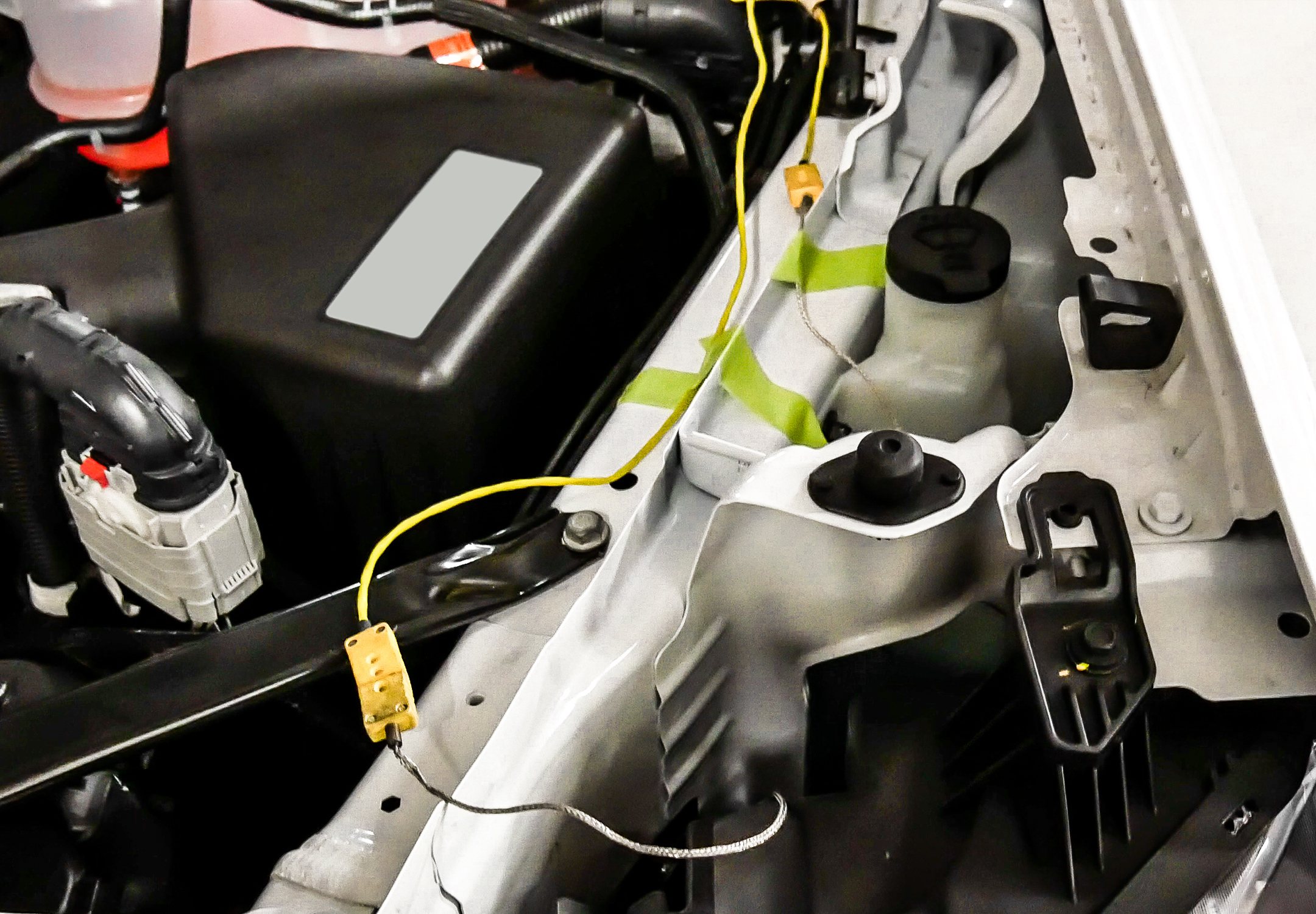 Pretty quickly our team noticed that the path of the airflow was good, but quite disruptive.  The air had to travel through the grille, up the radiator, through the lattice work of the shroud then around the radiator shroud and finally into the intake scoop.

1) There is no natural path for the air to flow through.

Every one of these turbulent areas, every interference causes restriction and/or causes work for the air.  The goal is to get the air into and through the air intake system as cleanly and efficiently as possible.

2) The air is susceptible to being heated by the radiator.

The air must travel up the face of the radiator in order to make its way into the air intake opening.  Keep in mind, the radiators operational temperature is 180-220 degrees….Significantly higher than ambient. 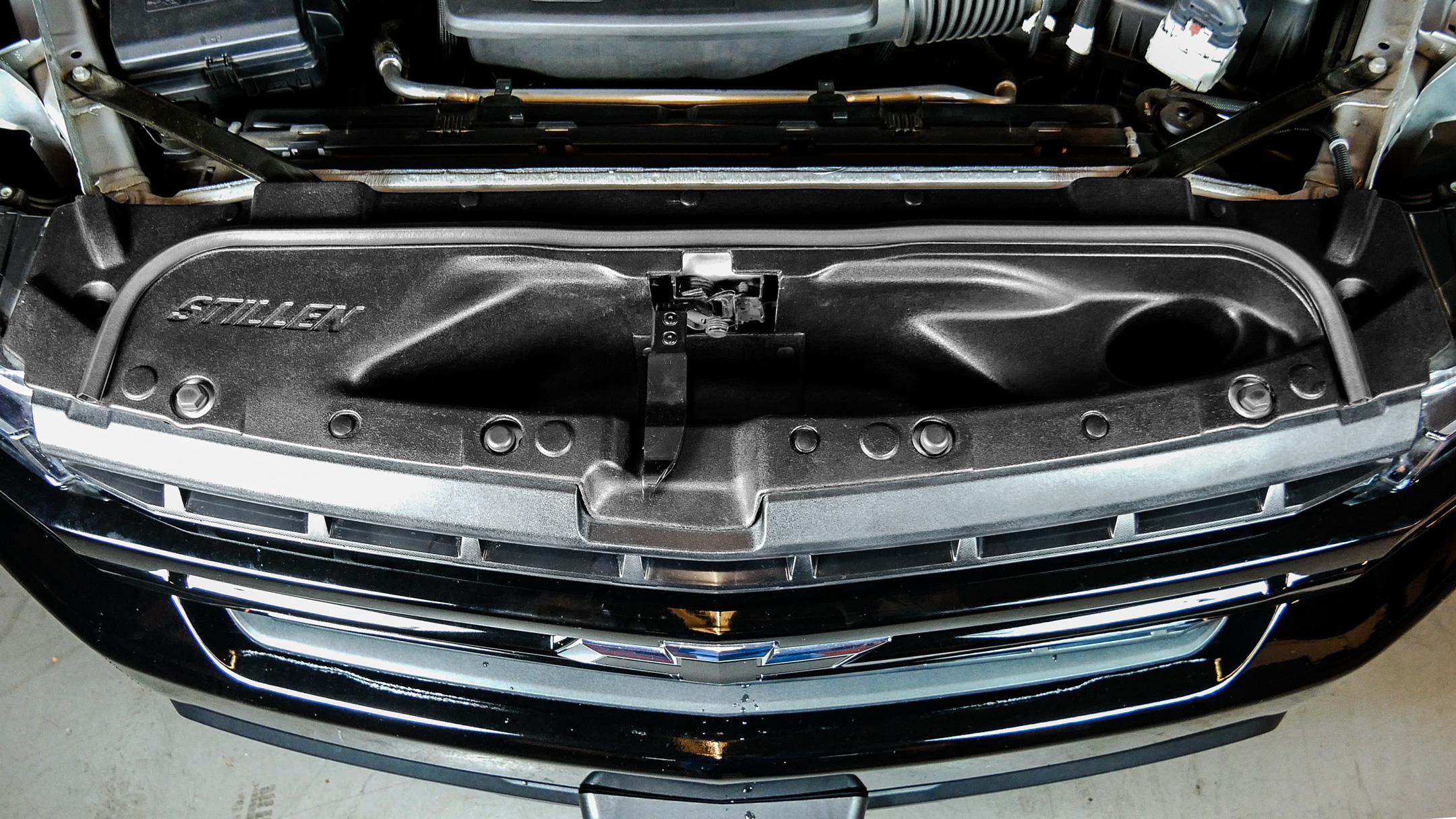 To solve the two problems with this otherwise fantastic design the design team at STILLEN began by creating a proper scoop.  This scoop lowers the base of the radiator shroud to be in line with the top bar of the famous Chevrolet grille. This new design allows for the air to come directly into the intake system without being warmed by the radiator, or disrupted by the lattice type material in the radiator shroud.  This design eliminates the pre-heating and the turbulence caused by the factory system. 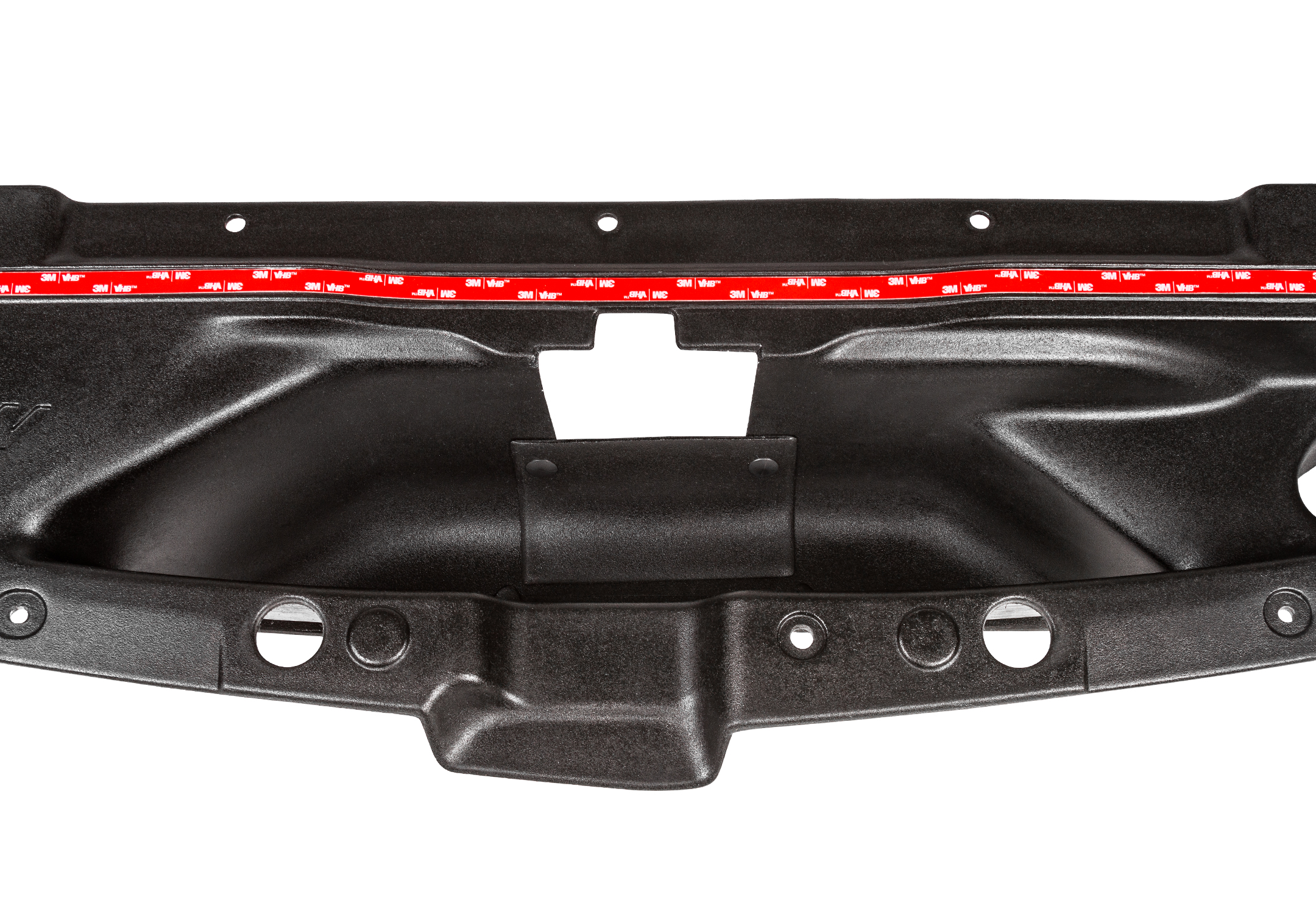 During our development our team noticed that the factory ¾ and 1 ton trucks actually have scoops in their radiator shroud designs also which confirmed that the TruPower by STILLEN cold air intake scoop for the Chevy Silverado was on the right track! 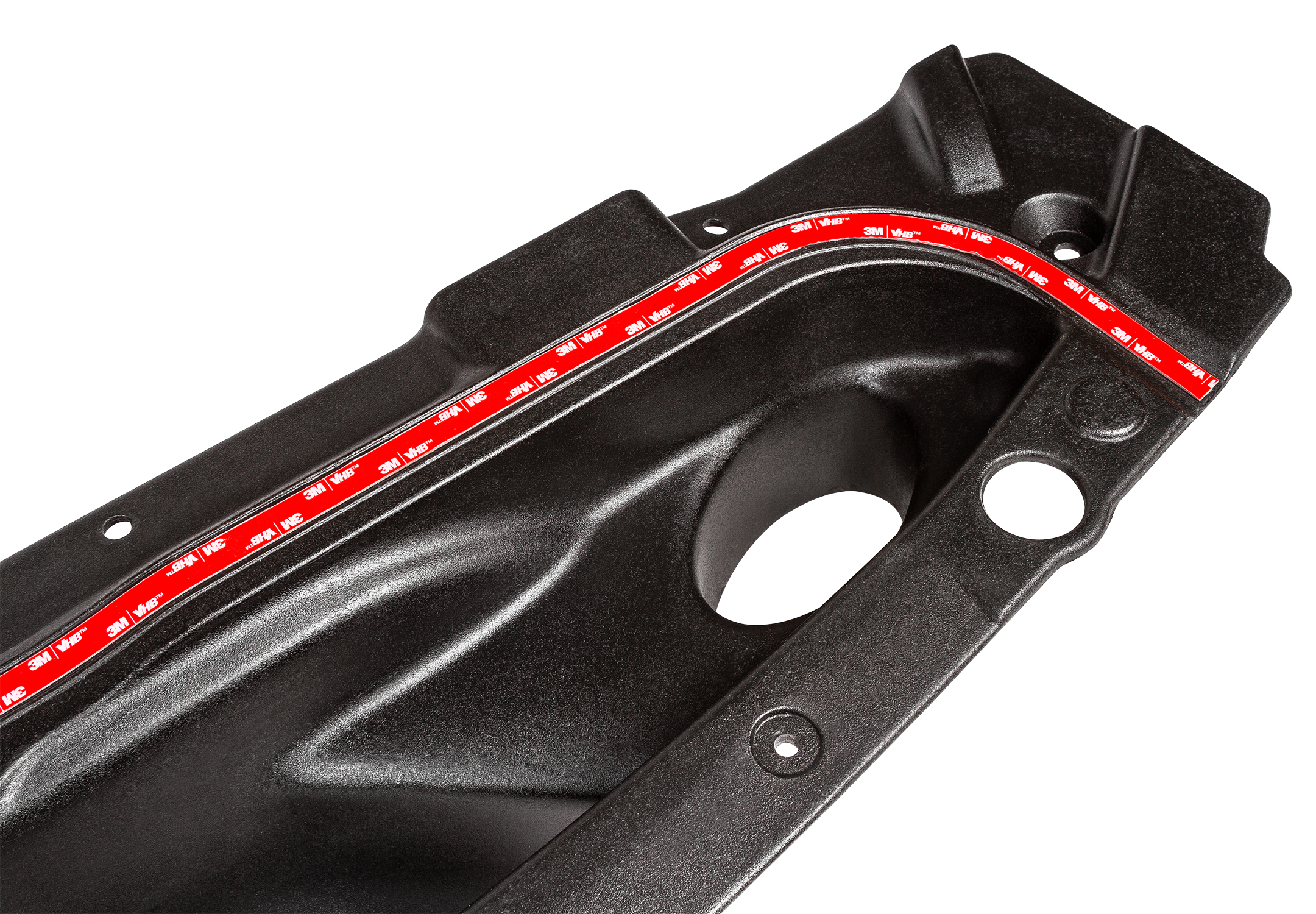 An additional benefit to this air intake is that it will work with any aftermarket air intake system that utilizes the factory air intake scoop. 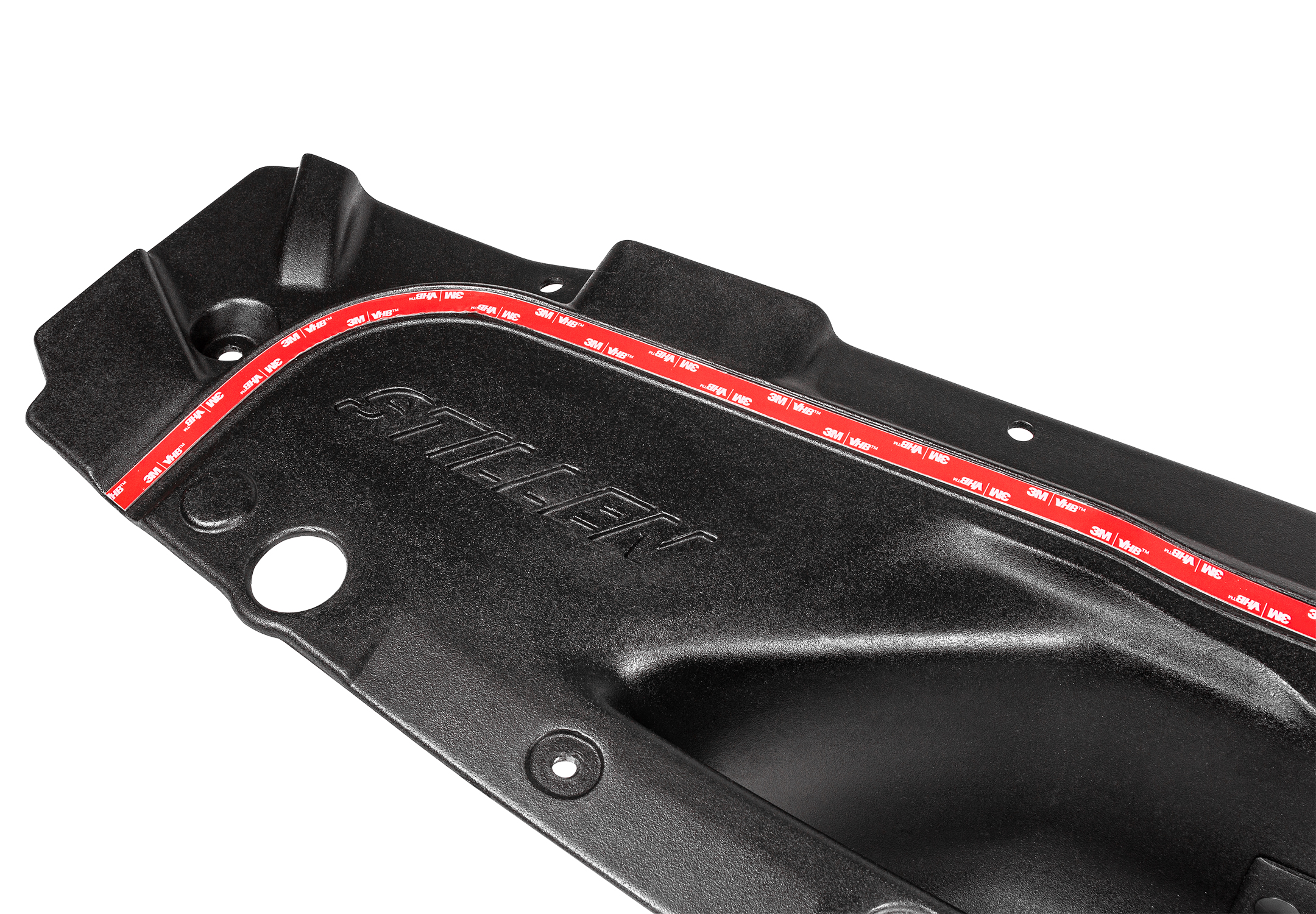 What do you do when you’re happy with most aspects of your 2014 Lexus IS350, but want something that sounds a bit better and has a bit more power? Call the STILLEN Lexus experts of course! This is exactly what a recent STILLEN customer did and with our recommendation, got the boost of power and improved sound he was looking for in his new 2014 Lexus IS-350. 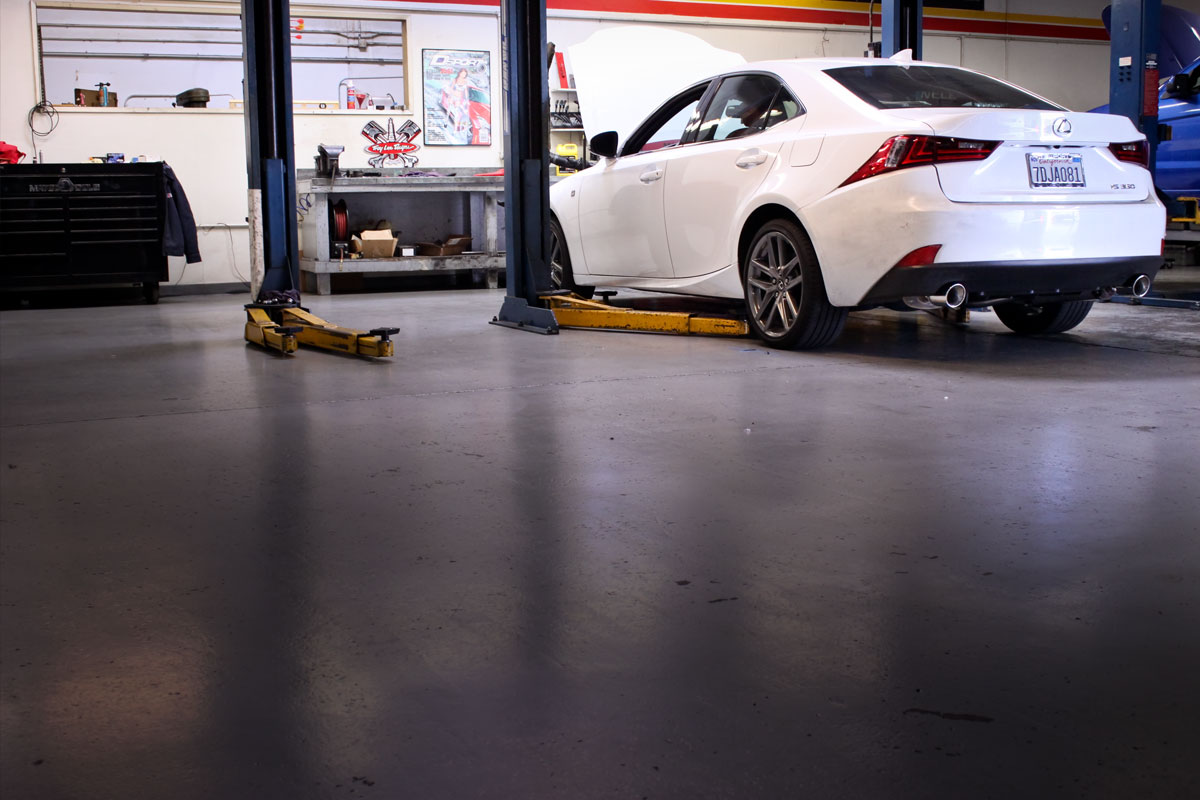 2014 Lexus IS350 in STILLEN performance shop

Since a supercharger wasn’t in the budget and he was happy with the other aspects of his car – ride quality, ride height, and handling – we recommended he upgrade his intakes and exhaust. 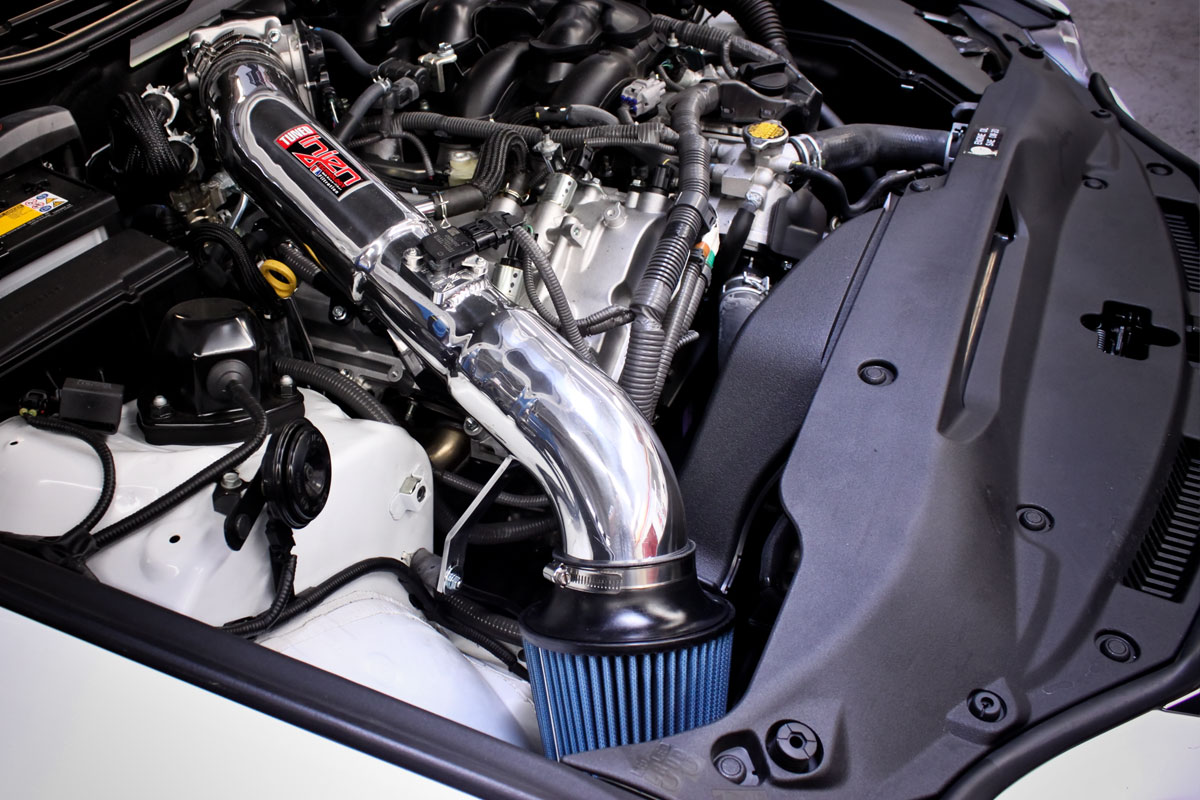 Lexus IS350 with Injen Intake

For improved power and sound, you can’t go wrong with the Injen SP intake system. These intakes feature Injen’s MR technology that strategically controls air flow to create the most power. This cold air intake has been dyno tested by Injen to make over 19 HP! 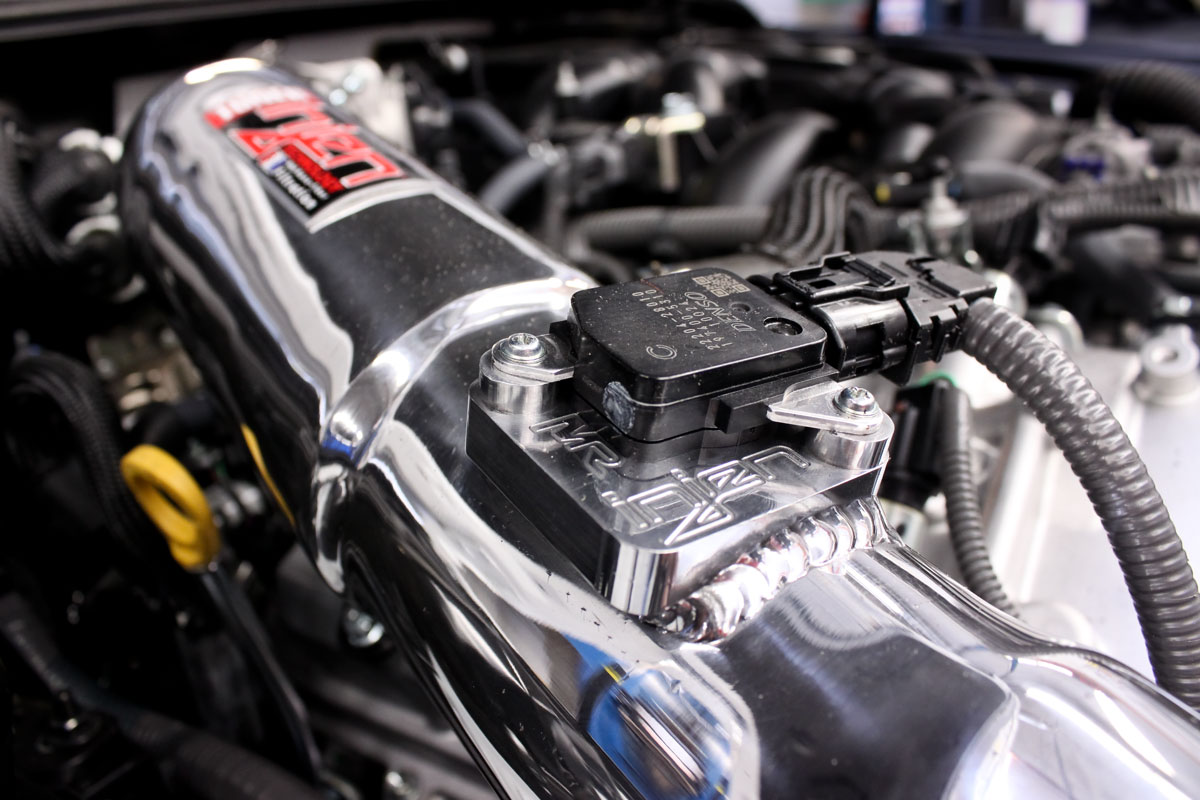 IS350 with Injen SP Air Intake

Below are a few more reasons why we recommended the Injen SP Cold Air Intake for Lexus IS-350:

Magnaflow Axle Back Exhaust for Lexus IS-350 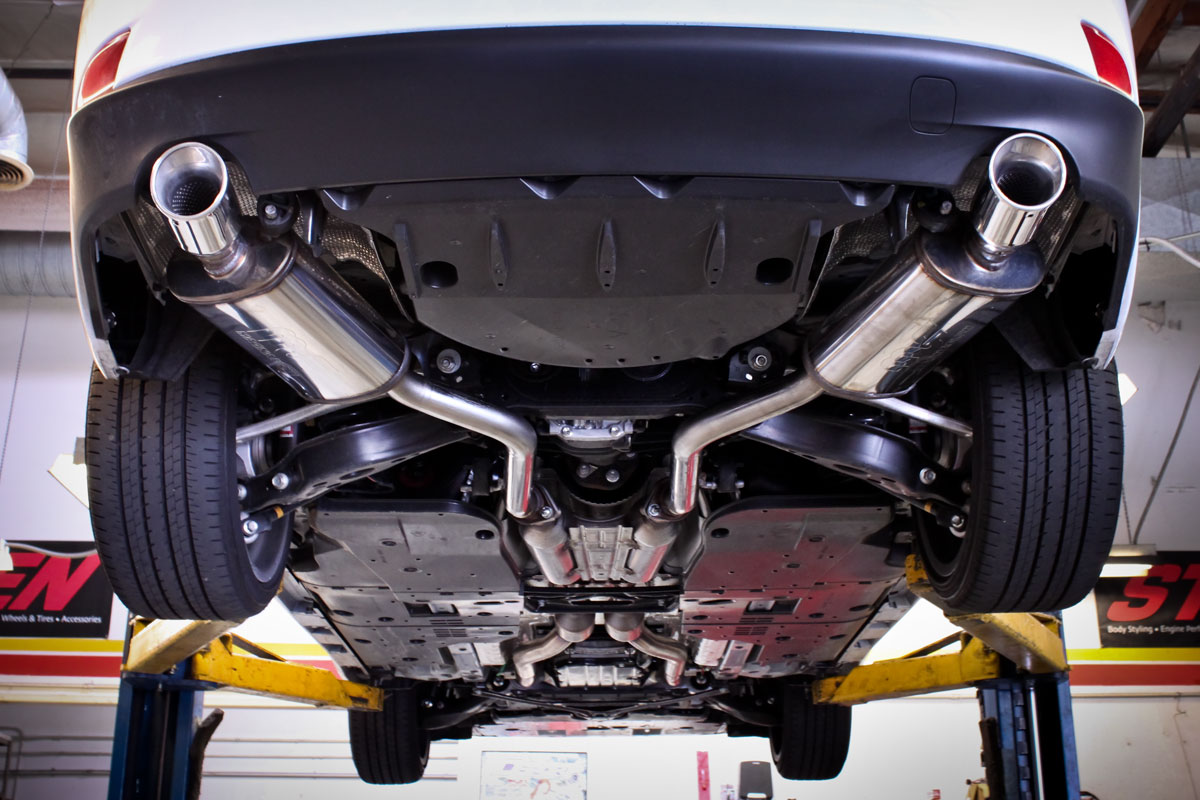 If you are looking for a smooth sound with a deep tone that isn’t overpowering, like the owner of this Lexus IS-350, then the Magnaflow exhaust is the perfect exhaust for you.  Like other Magnaflow exhausts, it is made of 100% stainless steel, features mandrel bent tubing and comes with a lifetime warranty. 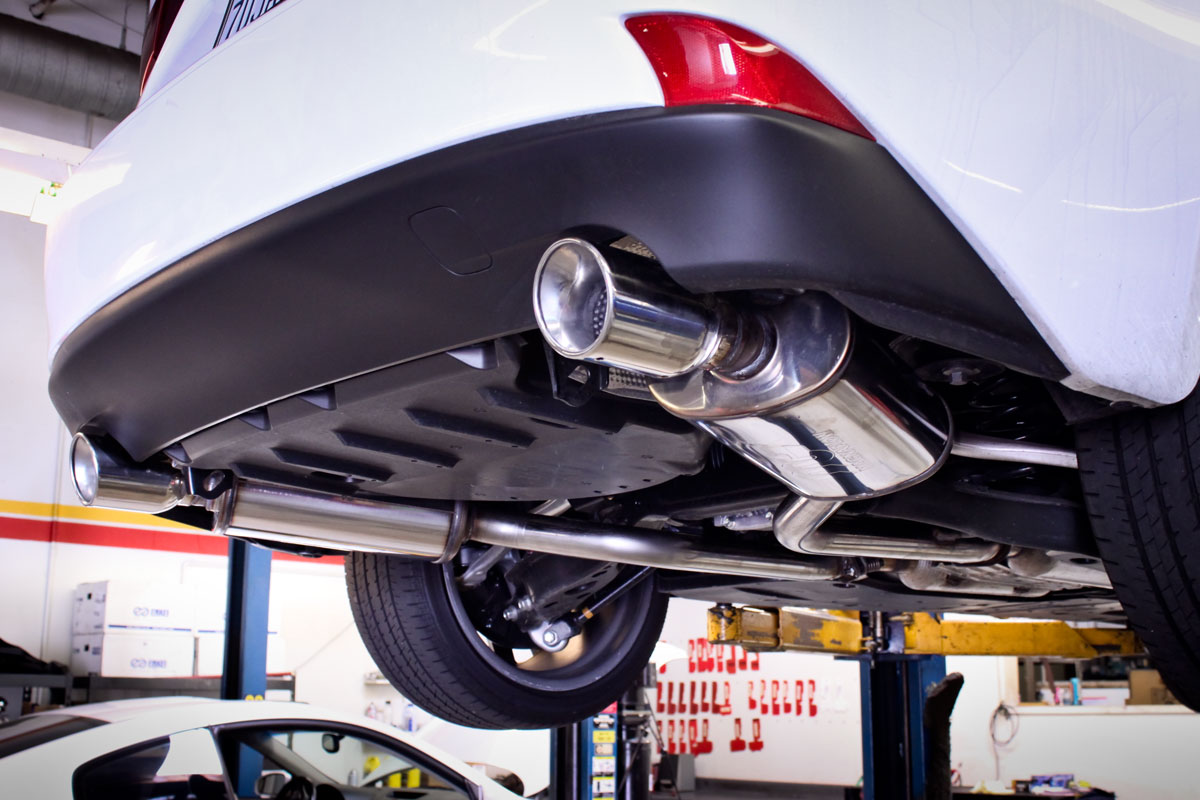 2014 Lexus IS350 with Mangaflow Axle Back Exhaust

Here are a few more specs found on this Lexus IS-350 Magnaflow Axle Back Exhaust: 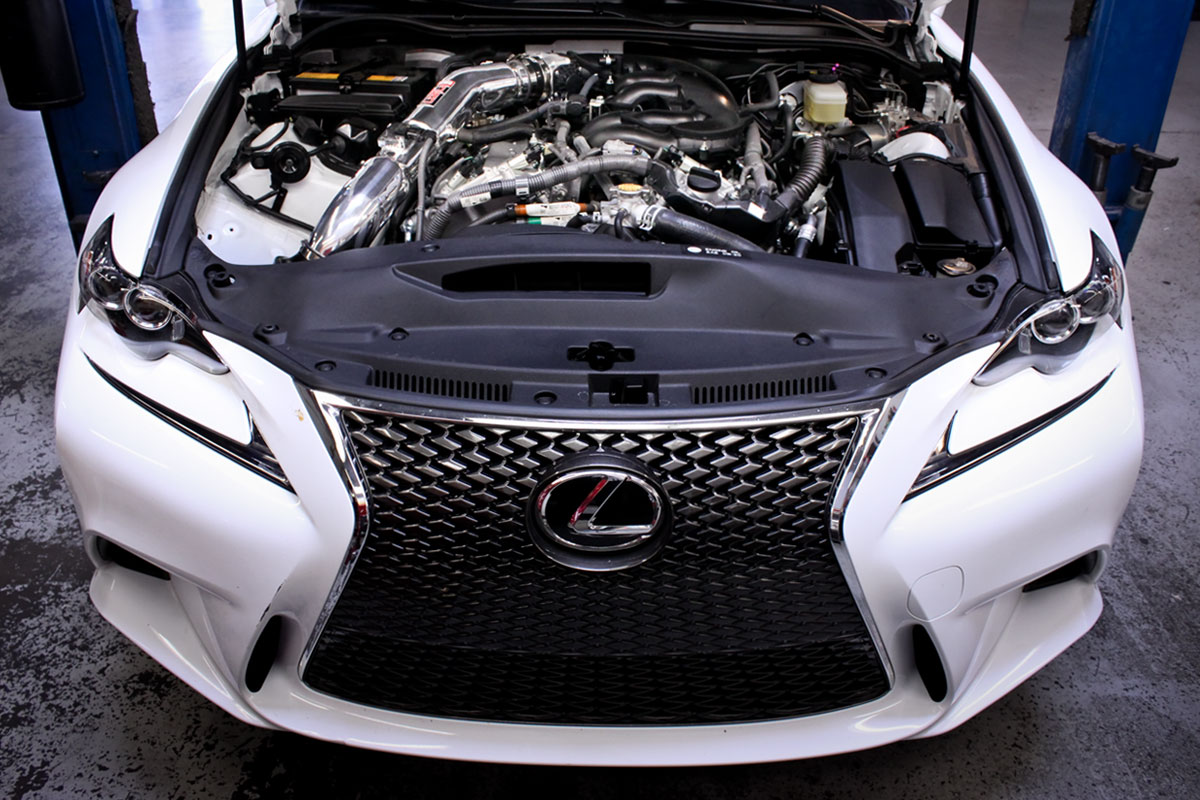 IS350 with Injen SP Air Intake

Now that the owner is happy with the sound and performance of his IS-350, he loves driving his car. It also seems that he has developed a taste for modifying his car and is now looking to upgrade the exterior. We can’t wait to see photos of his ride when these improvements are made!

If you have any questions about the Injen intakes, Magnaflow exhaust or any other Lexus IS-350 parts we carry, please be sure to contact our specialists at (866) 250-5542 and we will be happy to help you. If you live in the Southern California area and want to have your parts installed by the STILLEN performance shop like this customer did, please call and schedule an appointment!

With the recent release of the new 2016 Honda Civic, it was only a matter of time before accompanying aftermarket performance parts followed suit. The 1.5-liter turbo variant – the first mass-production Honda offered with a turbo – has arguably garnered the most attention from both car enthusiasts and performance manufacturers alike. Churning out improved, respectable numbers from the factory (174 horsepower at 6000 rpm and a zero to 60 time of 6.8 seconds), the new Civic has many salivating at the possibilities of even greater performance. Injen Technology has been one of the first aftermarket manufacturers to jump onto the scene with parts for 2016 Honda Civic turbo. These offerings include a 3″ stainless steel cat-back exhaust, a cold air intake, and a short ram intake – some of the most common first modifications on a driver’s to-do-list. Below, we’ve broken down these three products and their respective features for you.

Before any aftermarket systems were even conceived, the 2016 Honda Civic 1.5T’s exhaust was already garnering a lot of attention. From the factory, a dual-tipped exhaust system accompanies the rear end of the EX and Touring trim levels – a notable first for any Civic. Injen decided to opt out of the dual exhaust tips in favor of a single-exit exhaust, however, ultimately giving the car a simpler, cleaner look. The 3″ stainless steel cat-back exhaust comes equipped with an embossed muffler and resonators with steel rolled tips. As for the performance output, Injen claims the system will add a respectable 8 HP and 7 lb-ft of torque. The exhaust offers a nice, consistent deep tone, serving as a great accompaniment to the Civic turbo’s newfound performance. 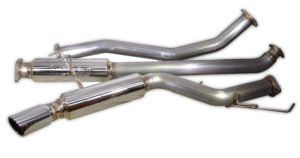 This 3” Injen cat-back exhaust system will give your new Civic turbo the powerful sound it deserves.

A cold air intake is often one of the first modifications performed on any vehicle due to its relatively simplistic and affordable nature. Though cold air intake performance gains vary by vehicle, Injen claims its 2016 Honda Civic cold air intake can boost your car upwards of 29 HP and 25 lb-ft of torque! With significant power gains showing up across the entire rev range, the Injen cold air intake system seems to really open up this turbocharged engine’s potential. 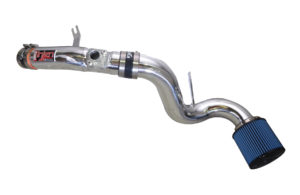 You can’t go wrong with an Injen cold air intake – especially one with these numbers!

Aside from its cold air intake, Injen also offers a 2016 Honda Civic short ram intake. Featuring Injen’s patented MR (Mega Ram) technology, the company claims it can allow the intake to be tuned within the factory air flow ratio, all while optimizing horsepower and torque gains. Similar to the cold air intake, the 2016 Honda Civic short ram intake boasts some impressive performance increases of up to 23 HP and 21 lb-ft of torque. Depending on your budget, the short ram intake can certainly be a great alternative to its cold air brethren for your turbo Civic.

Waiting for the Aftermarket Flood Gates to Open

As exciting as the new 2016 Honda Civic turbo appears to be, the possibility of further improving its performance is even more exhilarating. Injen seems to be kicking things off nicely with its offerings of basic bolt-on parts that are sure to be crowd pleasers. However, for our California brothers and sisters, none of these appear to be CARB approved just yet. But have no fear – the aftermarket product wave for this car is only beginning. It is still a Civic, after all – with a factory turbo, at that. For any Honda fan, this is what dreams are made of.

The Power Flow Short Ram Intake by Injen is for the driver who wants to get an affordable deal on some serious performance and help his brand new 2014 Silverado/Sierra 1500 5.3L breath better for the duration of its life on the road. This short ram intake makes some serious power, with up to 15.14HP and 15.07Ft/lbs gained, you’ll feel the difference as soon as you step on the pedal for the first time after installing the Power Flow Short Ram Intake. 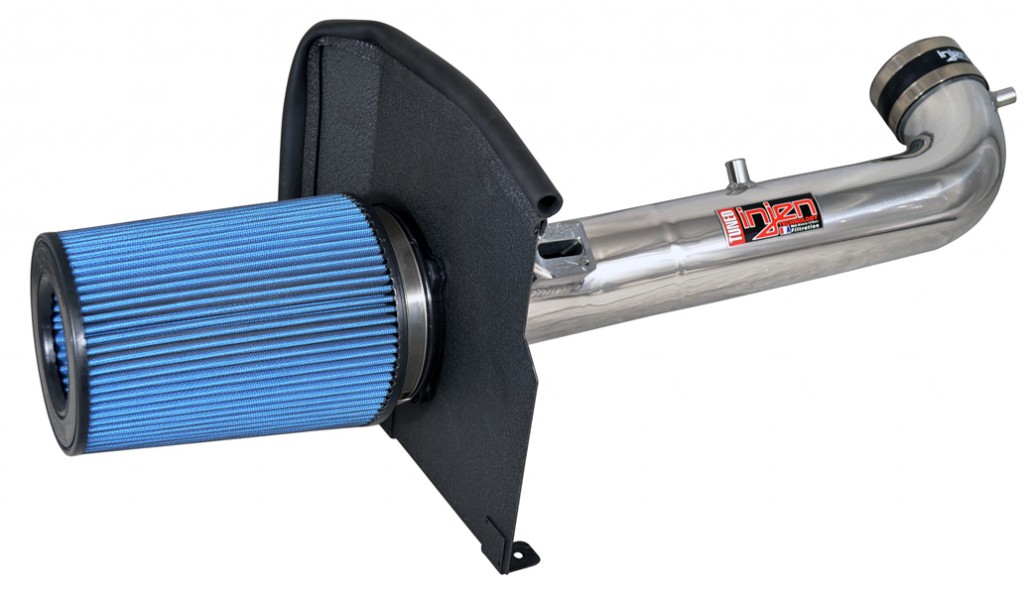 The Power Flow short ram intake comes with the heat shield built-in and each has a large 5-inch dry supernano web filter, a 3.75-inch with 3.5-inch mandrel bent induction tube, re-enforced silicone hoses with stainless steel band clamps and a CNC machined billet MAF adapter. All these features demonstrate the time and research Injen invested into the Power Flow Short Ram Intake Systems, and they provide you an edge over the stock intake system that’s not only noticeable in the way your Silverado or Sierra feels to drive, but also in the way it breathes once the short ram intake is installed. 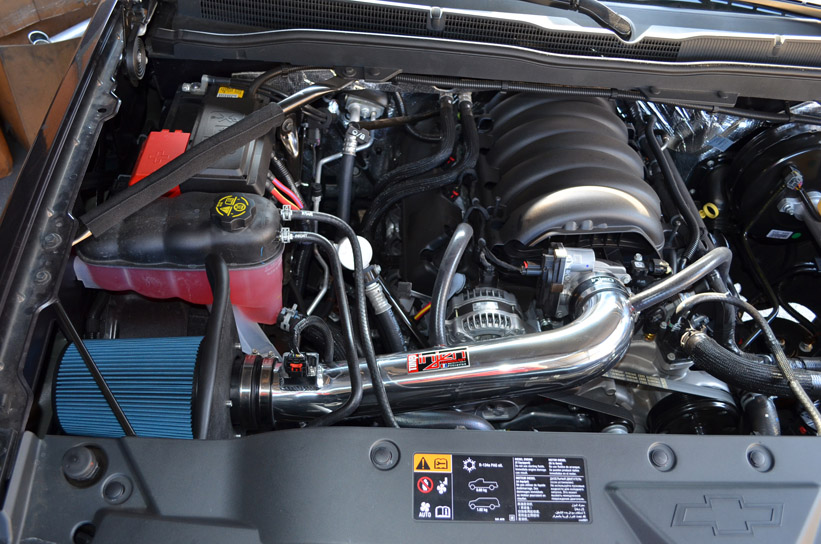 Show your powerful new SUV you care and install a Power Flow Short Ram Intake today, to boost your performance with an affordable, lasting upgrade to your air flow. Check the Power Flow Short Ram Intake out and get ahold of STILLEN to place your order today, and you come to the Performance Shop if you want to do the install here, or just handle the simple process at home. 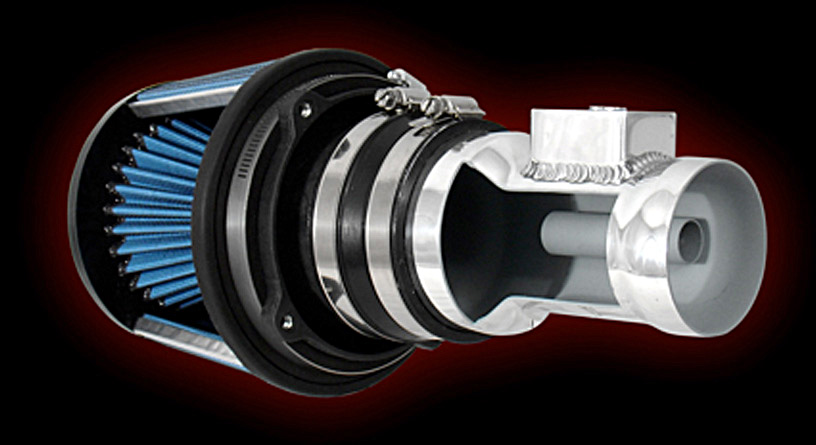